To share your memory on the wall of Bernard Leduc, sign in using one of the following options:

Receive notifications about information and event scheduling for Bernard

We encourage you to share your most beloved memories of Bernard here, so that the family and other loved ones can always see it. You can upload cherished photographs, or share your favorite stories, and can even comment on those shared by others.

Posted Jan 10, 2021 at 12:21am
Mr Leduc gave me my first job at his Texaco Station corner of Second & Cumberland Street
He was a terrific boss and great family man who was so kind to me even when I made mistakes. For some reason I and a close friend decided to keep the station open all night long in an era when this was against the law.Bernie helped me build my First car and we spent many late nights_after closing_ working in the garage bays. I am so sorry for his loss as over the years he often stopped by with his wife and great children.Doug Petepiece
Comment Share
Share via:
ML

Posted Jan 09, 2021 at 09:38pm
Deepest condolences to Ma Tante Jeanne, Nicole, Robert and families during these difficult times. You are all in our thoughts and prayers.
Comment Share
Share via:
LD

Our thoughts and prayers are with you. 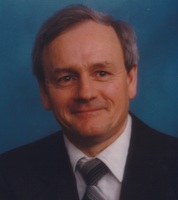