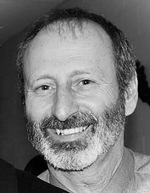 Stanley P.Eng., Lewis (Lew) - It is with profound sorrow that we announce the passing of John Lewis Stanley, after a decade of fighting a brave battle with cancer, on Wednesday, November 11, 2020.

Lew grew up in Cochrane and Sturgeon Falls, Ontario. He fell in love with sports early on and played hockey through most of his life, including with the Cornwall Oldtimers. But, golf was his true passion. He was a member at Summerheights Golf Links for many years, where he was Club Champion in 2002. For years, Lew was an enthusiastic volunteer at Summerheights; organizing tournaments, Men’s Twilight and Border and Valley Leagues. Lew also devoted countless hours as a volunteer coach of girls’ travelling basketball teams in Cornwall and Ingleside. In his later years, he enjoyed curling and volunteering in the Learn to Curl program at the Cornwall Curling Centre.

Lew graduated from McMaster University in 1978 with a degree in Mechanical Engineering. He worked in manufacturing facilities in Ontario, Alberta and Quebec, managing a range of departments including engineering, production and human resources, until his retirement in 2016.
For the last 20 years, even after his retirement, he canvassed tirelessly at Morbern Inc. for the United Way of Stormont, Dundas and Glengarry. Thanks to the generosity of his co-workers, together they raised up to $20,000 per year.

A member of Professional Engineers Ontario since 1994, Lew has been a faithful contributor to The Canadian Engineering Memorial Foundation which helps women in engineering at universities across Canada.

Lew’s passing leaves an enormous void for his family and friends. He brought a special brand of light and joy to others with his zest for life.

Donations may be made to the United Way of Stormont, Dundas and Glengarry.

A Celebration of Life will be planned for a later date when conditions allow.

Cremation has taken place. Controlled attendance visitation will be held at Wilson Funeral Home, 822 Pitt Street, Cornwall on Thursday November 19, 2020 from 2-4PM and 7-9PM. Family and visitors entering the funeral home will be required to wear a face mask. A private Mass will be held at St. Peter’s Roman Catholic Church. Interment at St. Lawrence Valley Cemetery.