To share your memory on the wall of Oreste Aiello, sign in using one of the following options:

Joe passed at the Cornwall Community Hospital on Tuesday, February 2, 2021 with his family by his side at the age of 74. Joe will be lovingly remembered by his wife Donna (nee Prosperine) his children Robert (Samantha), Michael (Jill), Amanda (Dean), Anthony and grandchildren James and Oliver, along with his siblings Raffaela, Pino (late Vince), Aldo (Lena) and Rita McHugh (Gary). Predeceased by his parents Giuseppe and Assuntina (Briglio) and two siblings Frank (late Rejeanne) and late Nella Provenzano (Biggio).

The family would like to extend their appreciation to all at the Ottawa Civic Hospital in Ottawa and Cornwall Community Hospital for the care Joe received during his time there.

Due to public health restrictions there will be no visitation or service. A celebration of Joe’s life will be held at a later date. Donations in memory can be made to Cornwall Hospice Funeral arrangements entrusted to Wilson Funeral Home 822 Pitt Street, Cornwall and online condolences may be made at: www.wilsonfuneralhome.ca
Read Less

Receive notifications about information and event scheduling for Oreste

We encourage you to share your most beloved memories of Oreste here, so that the family and other loved ones can always see it. You can upload cherished photographs, or share your favorite stories, and can even comment on those shared by others.

My deepest sympathies on hearing of Joe's passing. He taught so much to so many. Forever the professional with a heart to serve others and make everyone feel at home. A true class act. Always a smile, laugh or a kind word. He will be missed. May God wrap his hands around your hearts during this difficult time and always hold dear the memories in your hearts

I have had the story from Seaway News about your husband (Donna) and your Dad (Amanda, Anthony, Michael and Robert) and Grand-Dad (sorry I don't know the names) open for over a week on my computer and have not closed it yet. I just love looking at that awesome image of my cousin Oreste ..... what an amazing moustache and cheery smile! I remember when I travelled solo to the Maritimes in the early 1990's for the first time and my car broke down right in the Cornwall area. What a blessing in disguise ----- during that time I visited with Oresto at Porto Bello and he rolled out the red carpet treatment for me with his usual very warm greeting and he served me a very tasty multi course meal. Yum! My memory of Oresto is one of a very warm, gracious and loving family and community man!!

May the good Lord bless his family with an extra measure of His peace and comfort at this very difficult time.

Posted Feb 13, 2021 at 12:43pm
Dear Anthony,
Death leaves a heartache, no one can heal,
BUT
Love leaves a memory, no one can steal..
Thinking of you at this difficult time.
Take care
Comment Share
Share via:
RL

Posted Feb 09, 2021 at 08:30pm
Michael and Amanda... my sincere condolences... Your Dad left too soon. May you take comfort in the good memories. Our prayers are with you and your family during these difficult times. Take care, stay safe...
Comment Share
Share via:
MB 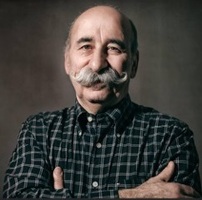