To share your memory on the wall of Peter Whiteside, sign in using one of the following options:

Peter Whiteside passed away peacefully, with family by his side, at the Cornwall Community Hospital on Wednesday, June 2nd, 2021; at age 78. Peter grew up in Moulinette and moved to L... Read More
In Loving Memory of Peter Whiteside – (1943-2021)

Peter Whiteside passed away peacefully, with family by his side, at the Cornwall Community Hospital on Wednesday, June 2nd, 2021; at age 78. Peter grew up in Moulinette and moved to Long Sault during the creation of the St. Lawrence Seaway in 1958. He often reminisced and shared stories of growing up in the Lost Villages. Peter graduated from C.C.V.S. and then from McGill University with a Bachelor of Science in Mathematics. While attending McGill, Peter married his high school sweetheart, Dorothy Raymond in 1964. He then attended Queen’s University to earn his Bachelor of Education. Peter taught mathematics at both General Vanier Secondary School and Cornwall Collegiate & Vocational School from 1966 – 1997. Peter loved to socialize, travel, discuss current events with his coffee crew, and watch the Leafs and Blue Jays games. He was immensely proud of his family – especially his grandchildren.
Peter is predeceased by his loving wife Dorothy, his parents (Thomas Douglas Whiteside, Bess Whiteside), his siblings (Richard Whiteside, Joyce Carson, and Jane Craig), and his in-law family (Keitha and George Raymond, Annie Peddie, and Red Carson).
Peter is survived by his loving companion and best friend, Madeleine Lemieux; his children, Judy (Guy Lamarche), Tom (Kristin); his grandchildren Nick, Emilie, Ava, and Marissa. Peter will be greatly missed by his nieces and nephews; Rod Carson, John Carson, Nancy Candelaria, Doug Craig, Ann Hornback, Byron Raymond, and Bruce Raymond. He will also be fondly remembered by his in-law family (Jim Craig, Ralph Peddie, Arthur and Jo-Ann Raymond).
Many thanks to the staff and doctors at both the St. Lawrence Medical Clinic and the Cornwall Community Hospital, family and friends for prayers and expressions of support, and a special heartfelt thanks to Dr. Yu, Dr. Westergaard, and Caitie Chabot for the compassionate end-of-life care and support that was provided to Peter and family.
In Lieu of flowers, donations to a charity of choice would be appreciated.
Due to COVID regulations, a private family funeral service will be held.
Read Less

Receive notifications about information and event scheduling for Peter

We encourage you to share your most beloved memories of Peter here, so that the family and other loved ones can always see it. You can upload cherished photographs, or share your favorite stories, and can even comment on those shared by others.

Posted Jun 09, 2021 at 12:53pm
My deepest condolences to Tom, Judy and family. Always enjoyed our little talks between classes at CCVS.
Beth Lapierre

Posted Jun 07, 2021 at 05:21pm
Tom & Judy, our sincere condolences in the passing of your father. He was a gentlemen who I had the privilege to work
Beside at GVSS, and Christine as a student. Peter was an outstanding teacher. It was always a pleasure to talk to Peter and discuss the events of the day. He will be missed by many. We were all lucky to know him. May he Rest In Peace.

Posted Jun 07, 2021 at 01:08pm
Please accept my deepest sympathy on the recent passing of Peter. It is so regrettable that COVID prevents our expressing sympathy i person. We were colleagues and friends at C,C.V.S. for many rears, and enjoyed more than a few games of Hearts in the staff room during the lunch break. We had great fun during our pre-COVID Thursday breakfasts over the fact that we shared May 1 as our birthday". He was an effective and respected "master teacher" (unfortunately not an official title), and brooked no nonsense in the classroom. As friend, he was caring and jovial. I shall miss him.
Tom Swift
Comment Share
Share via:
MD

Posted Jun 07, 2021 at 12:14pm
Most sincere condolences on the loss of a wonderful man. Peter was always kind, friendly and sociable.
He will be greatly missed in our social circles. May he rest in God's peace.
Marly & Helene Day
Comment Share
Share via:
BR

Posted Jun 07, 2021 at 12:13am
My condolences to Peter’s family. He was Mr. Whiteside when I was in school at GVSS but he was Peter when my Mum & I would meet up with him in the grocery store and they would strike up a conversation about Moulinette memories. A kind and humble man, but also an inspirational teacher who’s legacy will live on.
Comment Share
Share via: 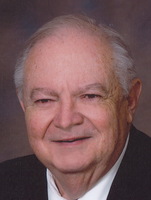