To share your memory on the wall of John Brady, sign in using one of the following options:

John’s sense of charity and fairness touched the lives of many throughout his life and will live on in the hearts of those who knew and loved him. He leaves behind his sister, Elizabeth Anstee (Jim) of St. Catharines, Ontario; and his brother, Richard Brady (Brenda) of Port Colborne, Ontario. He will be especially missed by his grandchildren, Delainey, Ashleigh, Kathryn, Hayden, Rebekah, Robyn, Julian, Jenna, Ainsley, Jack (deceased), William, and James.

The oldest of four children, John spent his formative years in Kingston, Ontario. He later moved to Cornwall where he finished high school at CCVS and met peers who would become lifelong friends. The first to attend university in his family, John studied at Brigham Young University in Provo, Utah to become a teacher. Soon after graduation, he returned to Cornwall and was hired at the SD&G County Board of Education where he worked as a teacher, a department head, and later, as an administer in the alternative education program. Over a thirty-year career, he joyfully served and had a positive influence upon students and colleagues alike.

Later in life, feeling drawn by his family heritage, John joined the Morrisburg chapter of the Loyal Orange Lodge, where he enjoyed meaningful friendships with the other members. He also enjoyed attending lodge functions with his wife, Carolyn, who was part of the ladies’ auxiliary.

Special thanks to the caring and compassionate staff at St. Joseph’s Continuing Care Centre who cared for John during the last years of his life. Their service and dedication is much appreciated and will not be forgotten.

In order to adhere to restrictions related to COVID-19, a memorial service will be held via webcast on Friday, May 28 at 1:00 pm with burial to follow the next day, Saturday, May 29, at White Lake Cemetery in Ivanhoe, Ontario. Donations made in John’s honour to St. Joseph’s Continuing Care Centre would be most appreciated. Online condolences may be shared at www.wilsonfuneralhome.ca

Obituary for late Carolyn Brady may be found here: https://memorials.wilsonfuneralhome.ca/carolyn-brady/4200991/index.php

Those wishing to view a recording of the memorial service for John and Carolyn Brady may do so by following the link here: https://youtu.be/Lf5X23Y-B3I
Read Less

Posted May 28, 2021 at 03:23pm
Thank you all for a wonderful memorial meeting. You are an amazing family and a great wittness of your parents goodness. They would be very proud of you all! I send you my love and wish you comfort and peace in the days ahead. Love to you. Barbara Bilodeau
Comment Share
Share via:
WR

Posted May 27, 2021 at 01:47pm
John was a fine, warm and able man. In our years interacting as colleagues I was impressed with his ability, compassion and integrity. We send our condolences to the family and his many friends. He will be missed.

Posted May 26, 2021 at 08:17pm
On behalf of the members of the Loyal Orange Lodge 3127 Morrisburg, Ladies Orange Benevolent Association # 483 and the Royal Black Preceptory # 509 of Groveton, ON. Our Deepest Condolences to the Family. He will be missed by his fellow members.
Comment Share
Share via:
KP

Posted May 23, 2021 at 10:21am
It has been an enriching experience to have John Brady as a close friend and colleague. John was an enlightened person, whose priority was always to enrich the lives of others. His wisdom flowed unconditionally to everyone who had the pleasure of knowing him. We had been friends for 60 years. I will truly miss him. RIP John.
Comment Share
Share via: 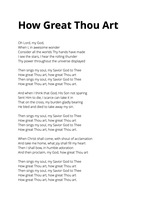 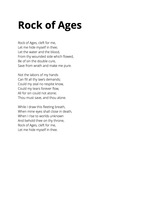 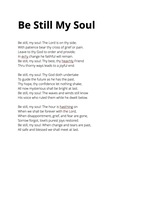 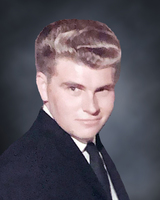